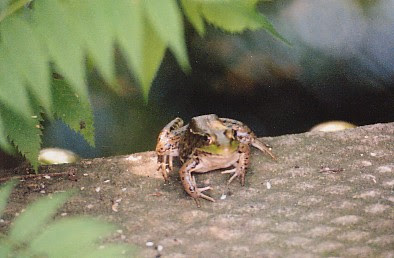 One of the earliest frogs with a personality was named Sir Lawrence of Long Toes. He was a cutie, if frogs can be cute, with his white belly and extra long toes. He quickly made The Pond his home and I enjoyed his company.

Many a day I would find him sitting in the pot of ivy next to the bench. His head hung over the edge as I read passages from what I believe were a few of his fave books. Wind in the Willows and the Frog Prince, come to mind. 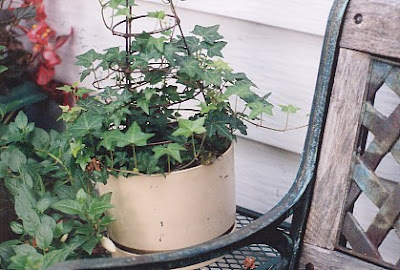 He was never one to hop away when I was out and about. He sat calmly, watching me, waiting for the odd worm I would dig up that was tossed his way. Maybe that was the attraction. But whatever it was he has remained a fond memory of frogs I have known.