Dreaming of next years garden

Even though the earth has begun to freeze and shovels have replaced furniture I have already begun planning next years garden. It is what gardeners do when the landscape becomes a montage of browns and black.

Next year I'll forgo the traditional Fushia Foray and concentrate on begonia's for the hanging pots. Nursery selection was a huge disappointment and it was a shame because growing conditions, cool and wet, could not have been better. The ones I did find, mostly the lovely Angel Earrings, were heavy feeders needing to be fertilized weekly or they became pots of greenery. That won't do as the garden is planted with every shade of green one can imagine and I want colour on the patio. Cascading colours of blooms so thick hummers will lick their lips in delight at the feast. 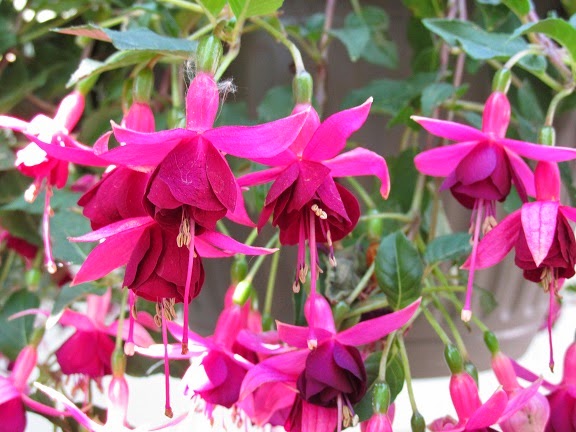 I did find one shocking begonia that was hung on the veranda. Blood Red I believe was the name and it trailed a good 4' down, covered in blooms all summer. The flower wasn't a deep red but the backs of the serrated leaves were. I cut it back and now sits in the basement with thoughts of reviving it come spring. Besides that I had the reliable Dragons Wings and it was amazing! Planted in the box below the above Blood Red it grew 3' tall without support and at least that wide. Covered in bright red blooms all summer they were perfect against the brilliant green leaves. I'm not sure how it would do hanging but I know I will fill the boxes with them. Colour baby, me needs colour! 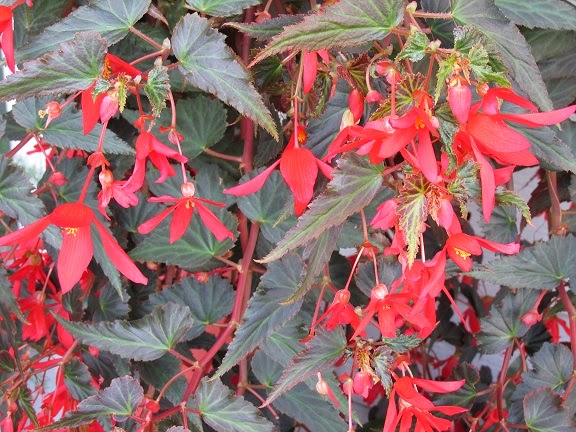 I need more form, especially during winter, and with the canopy of trees blocking out the sun I' shall search for more yews and Japanese maples. Presently I have two types of yew, dense and hicks. The dense's multitude of shades are wonderful and after two years planted by The Pond it is healthy and yes, dense. The hicks were, ummm, end of sale finds, and are growing slowly but add that wanted, nae, needed green when the garden is covered in 3' of white shite. As for the Japanese maples, they became feed for Pooka last winter who dined til only trunks were left. At least he enjoyed them. 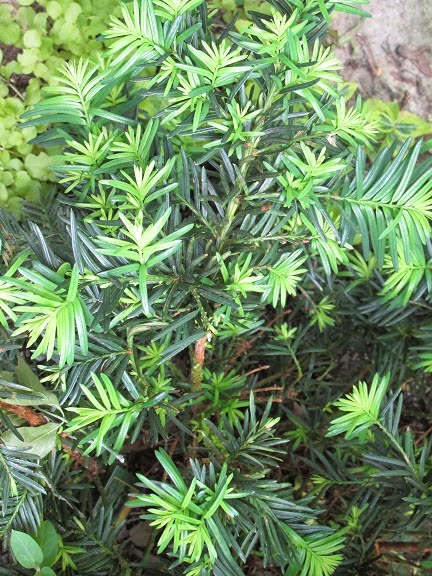 Another task awaiting me is to bring the bed across The Pond closer. It became more of a planting ground than anything. The stones will be pulled up, ground dug and filled with compost and specimens replanted. I'll probably leave the background row of princes feather there as it does well and relay the stones between it and the new bed. Presently The Pond is framed with flagstone then a bed of lemon penny wort. The chartreuse colour makes it pop, is weed free and the tendrils wind their way across stones and into the water providing froggies with a life line when they can't hop out without exhausting themselves. I know, I know. It has been said to me on more than a few occasions, “seriously Cheryl?” YES seriously, that tis me nature and it is the least I can do for them. Then again I ponder, I provide a safe home, food and all the water they need. Hhmmm... 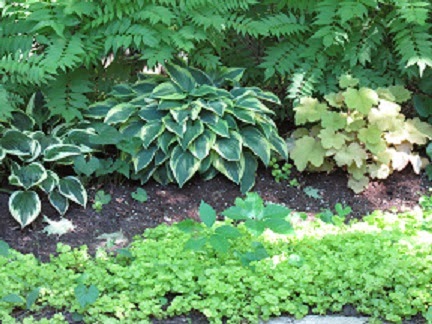 I will become more diligent in bug control. I never have and never will use chemicals what fingers and a good soap can accomplish. The penny wort was eaten by worms for the first time. I spent hours picking the green/blue worms off the plants dropping them into a soap filled container. This was after I finally realized what was happening. Once cleared I breathed a sigh of relief only to find it covered again in 3 weeks time. AHA! The buggers ate well and laid eggs. There is something comforting picking evil creatures off plants with the cry of “die ye bastards, die!” Payback is sweet. The plants never recovered but I have faith they will rise again next spring.

Other major problems were slugs and snails due to the wet weather. Never in me life had I seen so many, or the garden decimated as it was, by those slithery creatures. It seemed they chose the new arrivals to kill first then moved on to the more established plants. Hosta's were their primary food source causing me to shout out NOOOOOOOOO on more than one occasion. It wasn't until I was relaxing by The Pond that I put 2 + 2 together after seeing them gathering on the shore. The scene from Fantasia where the brooms and buckets kept multiplying played in me mind when one became two and two became 4. Yikes! It was if bells had rung and they were called for dinner. Slowly they made their way onto the stones then off into the garden. I have learned. 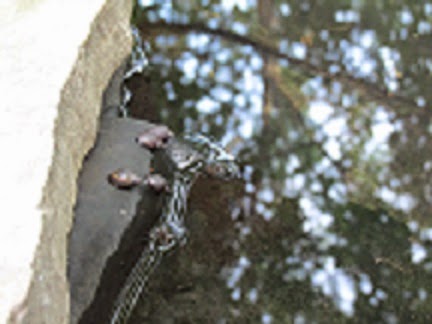 Reflecting it was a good year for the garden, though mostly in spring and early summer. The goats beard grew 5' high, hellebores finally bloomed, fireflies were abundant, and colourful birds found refuge. That's all a gardener can ask for. An Eden for themselves and creatures who find a home. 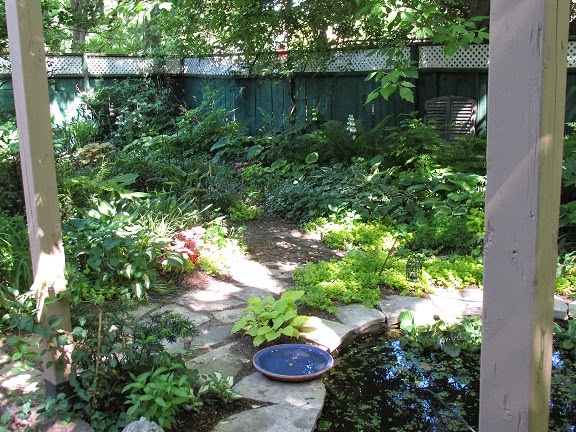 Posted by cheryl at Saturday, November 29, 2014 No comments:

While I stand guard

As daylight descends,
beyond the trees
church spires are back lit
from beams of the sleepy sun.

Shadows are cast,
in the garden
along a known path
a creature sniffs the wind.

Slowly he hops,
towards the remains
of a voracious feed
scattered upon the snow.

Wisps of fur,
are supply outlined
with each moving muscle
as he nibbles slowly.

Pooka has returned,
for the winter
he will dine grandly
while I stand guard. 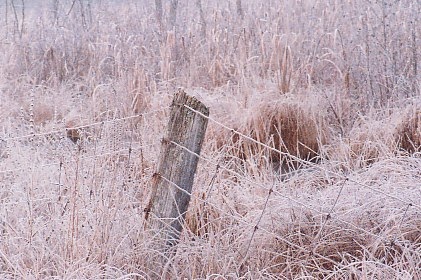 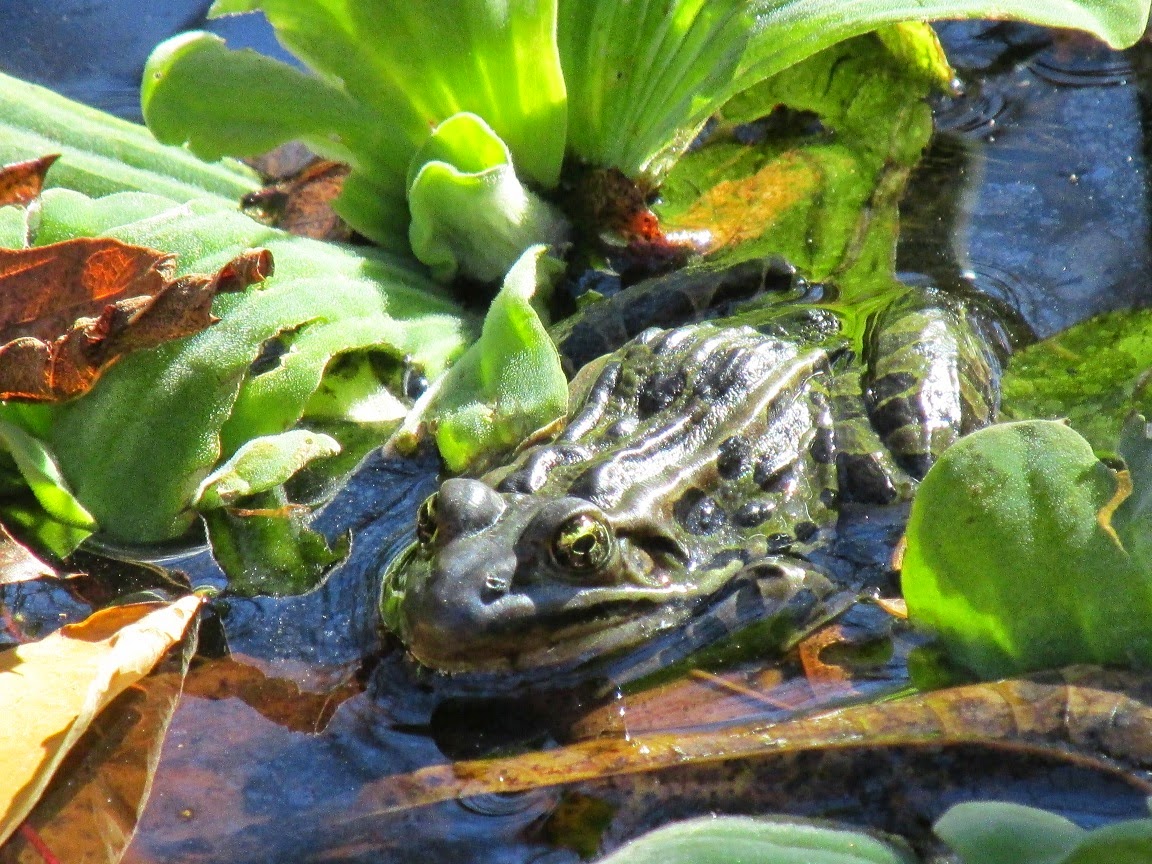 his flesh wrinkled from the cold,
devoid of warmth and nourishment
enfolds upon itself, dry and tight,
following lines of his skeleton,
he prepares for the deep sleep
yet struggles to enjoy one last life
in the sun this chilly autumn day.